Hedges: an essential for wildlife 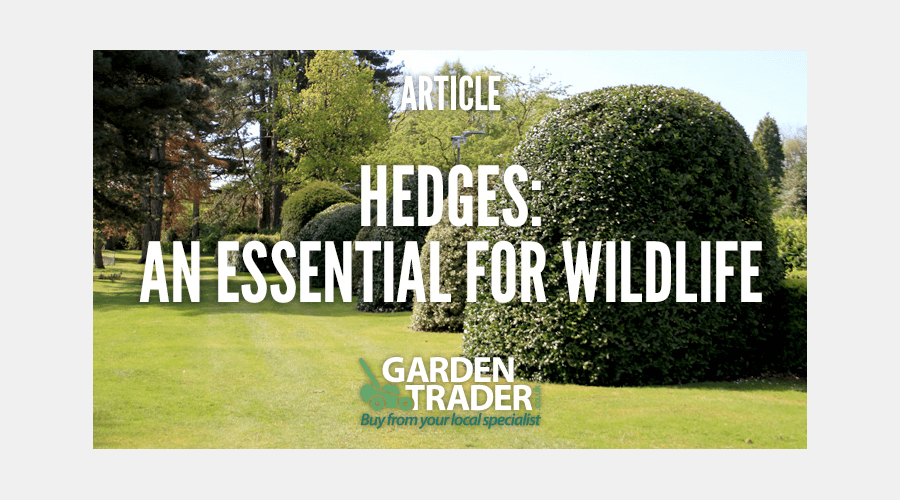 Hedges are varied. They are quintessential features of both our countryside and town gardens. They have many different functions, from marking boundaries to managing livestock or as garden design features. They also offer a wealth of wildlife habitats. Since World War II, hedgerows have been removed at a much faster rate than they have been planted. In some parts of the country 50% of hedgerows have gone, while others are so badly managed that their value to wildlife is signifcantly reduced.

The loss of hedgerows has been identified as a factor in the decline of many plant and animal species traditionally associated with farmland. In recent times, we have witnessed the further decline of wildlife species in urban areas notably the house sparrow, thrush and more recently the depleting numbers of hedgehogs.

Hedges may support up to 80% of our woodland birds, 50% of our mammals and 30% of our butterflies. The ditches and banks associated with hedgerows provide habitat for frogs, toads, newts and reptiles.

Thick hedges with wide bases that provide plenty of cover are best, but there should be a variety of shapes and sizes from shaped hedgerows to lines of woods and copses. Hedgerows with large numbers of woody species hold more birds. Trees, particularly oaks, support a rich variety of insects and are good song posts. Old trees often have holes where blue tits, owls and kestrels, as well as bats, can nest.

Dead timber is also a rich source of insect food and should be left in the hedge unless it is unsafe. The greater the variety of shrubs and trees, the better. Different species flower at different times, providing nectar over a longer period, and so will support more insects. They will also supply a variety of fruit and berries over a long period. Popular hedgerow species include field maple, hazel, plum, crab apple, holly, hawthorn, sweet chestnut, elm, beech, hornbeam, ash, whitebeam, wild privet and spindle. Poisonous shrubs, such as yew and box, are not planted in stock hedges. Beech is not commonly found in farm.

Both beech and hornbeam retain their leaves throughout the winter when managed as a hedge, shedding them only in spring, when emerging new shoots finally dislodge them, and it is this, along with their lush summer colour, that makes them so popular in parks and gardens. It was the plant collectors of the Victorian era who brought to this country a whole new variety of plant species that provided new material for landscaping and hedging in many of the Victorian parks and gardens. Over the years, these new species became very popular and widely used in all manner of environments.

The species of hedge has a big influence on the amount of cutting / trimming work required. Some, such as privet, lonicera, cotoneasters, Leyland cypress and Monterey cypress are very rapid growers, capable of making a decent hedge in four or five years, but they also need most maintenance. Lonicera and privet may need clipping as often as four times each year in order to maintain a formal shape.

For a neat, formal hedge you could use Conifer, Laurel, Privet and Beech or try Holly, Pyracantha or Yew for their red berries. Box hedging has suffered considerably in some areas with Box Blight, so check your area carefully before planting this as an option.

For security, try thorny plants like Hawthorn or Berberis, which will have the added bonus of flowers and berries.

You might think that hedges are an expensive option. This is not always the case; hedging plants can be bought very cheaply, especially when bought has bare root stock. Bare root material needs to be planted between November and March).

How to plant a hedge

To plant a bare root hedge, first clear the ground of weeds, next dig out a trench of about a spade depth and add well-rotted muck or compost to the soil at the bottom, as this will give the hedge an excellent start and keep it going for many years to come.

The plants can be placed in the trench up to their original soil line, adding soil and incorporating bone meal (for root development) and a slow acting fertiliser. Plant at a distance of between 38-45 cm (15-18"), depending on the variety, and make sure they are well firmed in to avoid movement during winter wind and rain.

When to trim hedges

Maintenance trimming is generally carried out between spring and summer. Hand-held hedge shears are fine for smaller hedges, but for large hedges you'll probably find it easier to use an electric, battery or a petrol-powered hedge trimmer.

When looking to buy a hedge trimmer it’s important to consider a number of factors. The biggest factor is the height and thickness of your hedges, as this will influence which features you need on the hedge trimmer you are about to buy.

Are typically the smallest, lightest and generally the cheapest hedge trimmers available. They are connected to the mains electric of your home and are the most common type used by home owners in the UK. These are suitable for most domestic, small to medium sized homes. However, with the rapid development of battery powered machinery, I am sure it will not be long before we see the demise of cable powered machinery.

Are normally quieter than all other hedge trimmers making them ideal for noise sensitive areas. The one disadvantage to battery hedge trimmers is that you will need to plan ahead, and remember to charge the battery before use.

Offer more power than electric or battery powered trimmers, therefore can cut through denser, thicker leaves and branches. The disadvantage is that these are much louder to use and require much more maintenance to ensure that they are working correctly.